We would like to take this opportunity to tell you about a new feature now available in RxWeb. Claim Amend is a new EPS functionality in RxWeb that enables users to send an updated Reimbursement Claim message to modify previously submitted information.

This means that if a mistake was made in the initial claim submission, it can now be rectified. There are no limits to the number of times a claim can be amended; however, all alterations and rectifications can only be submitted within the valid NHS amendment window.

It has been agreed with NHS Digital that RxWeb can deliver this new functionality in a two-phase approach. The first version of Claim Amend (v1) will allow you to make changes to the following:

We expect to deliver the 2nd Phase of Claim Amend, offering complete functionality by the end of 2020.

Here’s a brief run-through of the functionality you can expect and some instructions on how to take advantage of this new feature.

The window for making alterations to a Claim is the same window as the Prescription Reimbursement rules. Examples below:

Prescription is Dispensed on 30th January and Claimed on 31st January. You would be able to Claim Amend until the 5th February.

Prescription is Dispensed on 1st January and Claimed on 6th February. You would be able to Claim Amend until the 5th March.

Prescription is Dispensed on 1st February and Claimed on 2nd February. You would be able to Claim Amend until the 5th March.

The below screenshot is taken from the NHS Digital Factsheet

New Function in the ‘Claimed’ Queue.

In the RxWeb Claimed queue, there is now a new button called Claim Amend.

You’ll be familiar with this screen, as it is fundamentally the same as the screen currently accessed by the View Endorsements button in the ‘To Be Claimed’ queue. 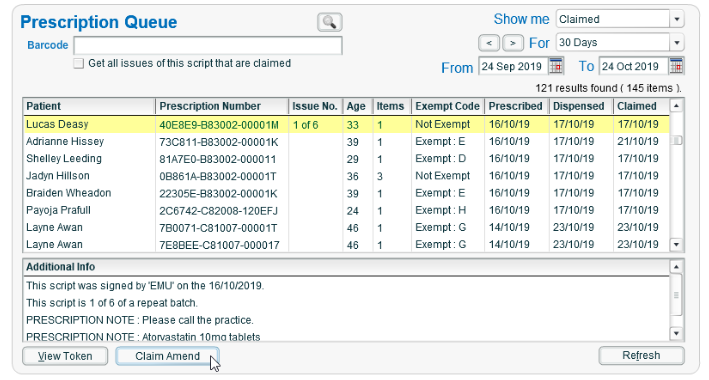 To amend a claim simply make changes on the Claim Amend screen and click Send Claim.

The Claim Amend Screen as seen below. 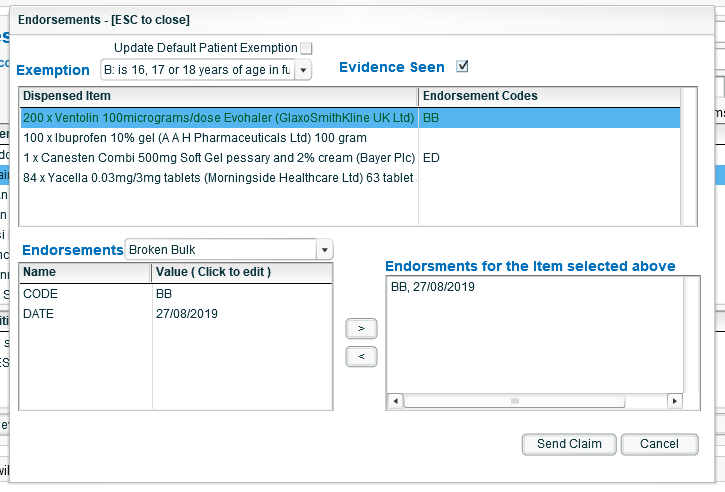 No Re-submissions Without Changes

You can not submit a Claim Amend unless alterations are detected. If you attempt to do this, the system will advise that you first need to make changes before proceeding. 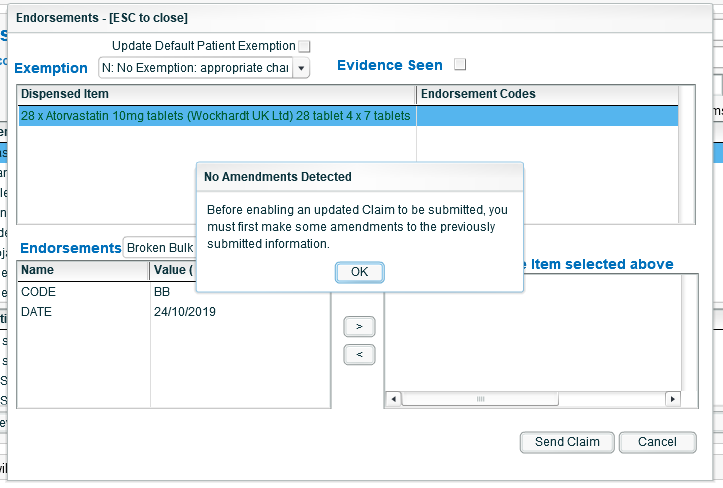 We hope you find these quick tips useful. If you have any questions, or, if you experience any issues using Claim Amend please do get in touch and let us know. You can find all of our contact information here.

We are delighted to announce that we will be running a series...

How To Record a Covid-19 Vaccination Within RxWeb

As a number of our customers are involved in the provision of Covid-19...

Finding Efficiencies for Your Pharmacy is More Important Than Ever

Want to find out how RxWeb could be the PMR system for you? Get in touch for more information and for an informal chat to discuss your needs.